skip to main | skip to sidebar

Some more shots of my East African collection from a game we put on the Leeds show at the Royal Armouries a couple of years ago. 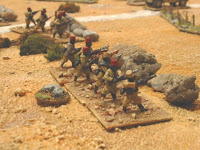 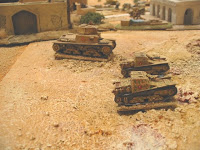 Italian Askari defending. The figures are in fact Brigade games WW1 Askaris painted up as Italians. Anglian miniatures are about to bring out some Italian Askaris. Italian heavy metal moving forward. Well an M13/40 supported by a couple of CVs. 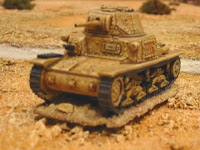 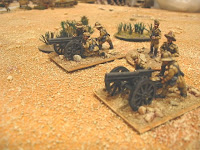 A closer look at an M13/40 from Army Group North (AGN). The Italian artillery is armed with 65mm and are from the Battle Honours range. 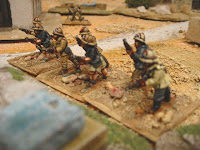 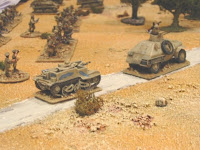 Artizan Italain Infantry painted as Blackshirts recruited from the local Italain population. The Marmon is from Chieftan Models (now sold to JFTM in the US) supported by an ealry Bren Carrier. 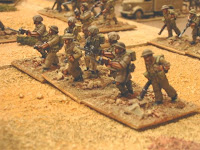 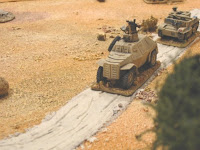 Artizan British Infantry advancing with another shot of the Marmon and Bren Carrier. 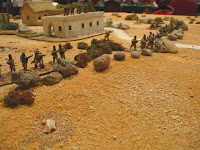 Eritreans defending a village.
Posted by Mark Dudley at 20:45

Mark Dudley
I have been wargaming since 1969 and over that time have collected many different periods. Over the last 7 years I have gone back to my wargaming roots re discovering the rules I used in my early days including the classic works - Charge and the Wargame. In 2017 I started collecting Hinton Hunt and other classic Napoleonic figure ranges.